Conferment of Honorary Degree of Doctor of Finance 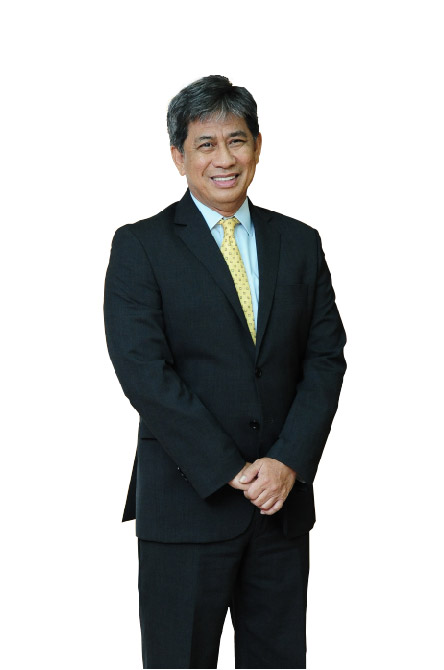 Datuk Seri Tajuddin bin Atan was born in Singapore on 12 May 1959. He obtained his Bachelor of Science (Agribusiness) degree from Universiti Pertanian Malaysia in 1983 and his Master in Business Administration degree from Ohio University in 1998 where he was awarded the prestigious Beta Gamma Sigma (MBA) in recognition of high scholastic achievement. He is also a “Fellow Chartered Banker“, Asian Institute of Chartered Bankers (AICB).

Currently, Datuk Seri Tajuddin is the Chief Executive Officer (CEO) of Bursa Malaysia Berhad and has held this post since April 2011. He played a prominent role in making Bursa Malaysia an attractive market in the region today. In addition, he serves as director of all subsidiary companies within Bursa Malaysia Group and Chairman of Bursa Malaysia Derivatives and Clearing.

Datuk Seri Tajuddin started his career at Bank Bumiputra Berhad (subsequently known as ‘Bumiputra Commerce Bank’) in 1993 where he held a number of positions, including trader in the Foreign Exchange and Money Market, and Treasurer in the Treasury Division. His 17-year tenure at Bumiputra Commerce Bank includes a position at the bank’s New York branch.

Datuk Seri Tajuddin was an Adjunct Professor at the Accounting and Finance Department, Faculty of Economics and Management, UPM from 2 September 2008 to 21 October 2014. During his academic tenure, he delivered numerous lectures and shared his vast experience with the university staff and students in the areas of finance, corporate governance and leadership.

Datuk Seri Tajuddin is instrumental in enhancing Bursa Malaysia’s reputation, which has been achieved through international conferences and seminars, such as the Invest Malaysia Conference in Kuala Lumpur, London, Tokyo, Taiwan, Hong Kong, New York, Boston and San Francisco, as well as establishing a partnership between Bursa Malaysia and Dalian Commodity Exchange at the China International Oils and Oilseeds Conference in Guangzhou each year as well as the Palm & Lauric Oils Price Outlook Conference & Exhibition (POC) in Kuala Lumpur. He also initiated the ASEAN Exchanges, a joint venture between 7 stock exchanges in ASEAN. Under his leadership, Bursa Malaysia has launched Bursa Malaysia-i, a platform that offers investors opportunities to invest and trade Shariah-compliant products through a fully Shariah-compliant platform.

In the context of corporate social responsibilities, Datuk Seri Tajuddin initiated the “Bursa Bull Charge” charity run in 2014 to raise funds among corporate investors, nationally and internationally, as well as the capital market community and companies listed on Bursa Malaysia. This year, this initiative has succeded in raising a total amount of RM2.3 million, which will be distributed to various charity organisations throughout Malaysia.